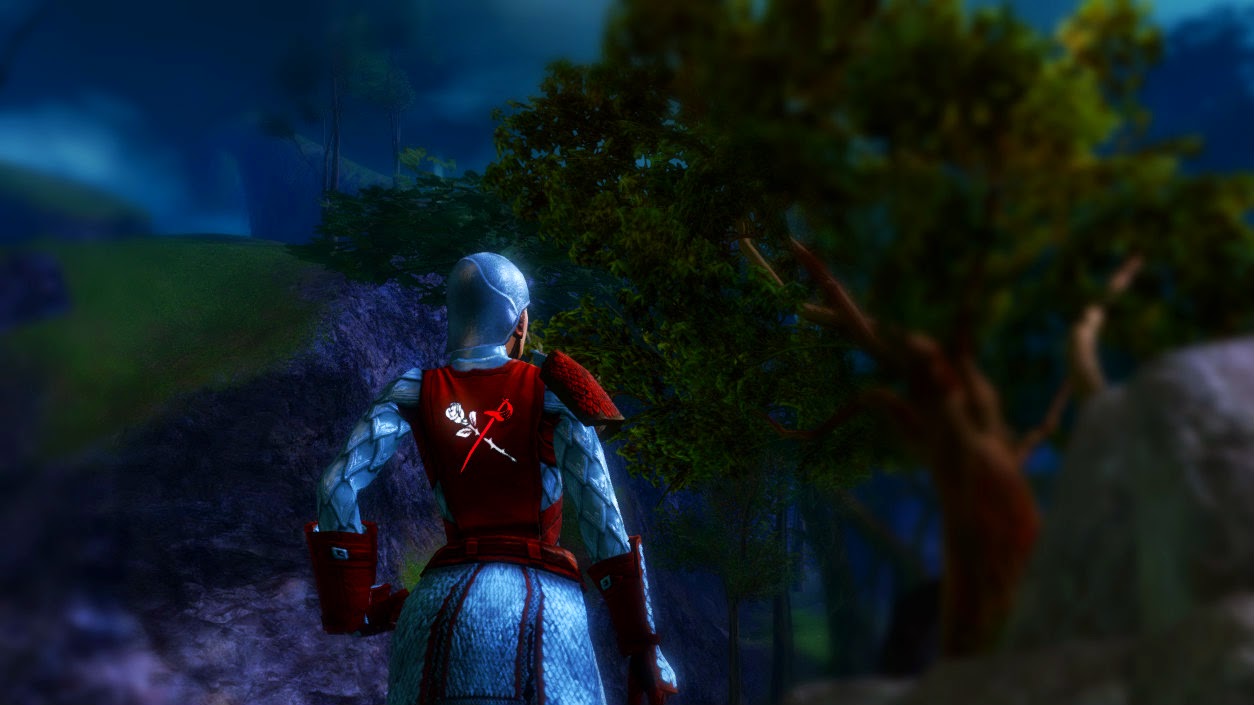 [EDIT: it's easier to just scale UP the monsters. In 4E, they get +1 to attack and damage and defenses vs PCs and -1 to damage taken per point of scaling. So if you're supposed to treat a PC as level 2, and the monster is level 1, then he'll have +1 attack, damage, defense, and DR (damage resistance) versus that PC. If the "level cap" of an area is 4, then the first "point of scaling" comes in at cap+2. So the scaling is applied to the difference between the PC's level (if higher than cap) - cap + 1. So a level 6 PC in a level 4 area has 1 point of scaling applied (6 [level of PC] - 4 [level cap of area] + 1 [to reward actually being a higher level than the area] = 1). So a level 5 PC in an area capped at 4 receives NO points of scaling, see? That's how GW does it anyway; and that's the point of this post. Read on for more info.]

Guild Wars 2 has this great thing called dynamic level adjustment. It makes questing in lower level areas worthwhile and challenging, and facilitates play with a party of different levels.

You can import this into D&D.

For my 4E game, we're going to be doing it (tomorrow) like this:


For OSRish games, maybe just subtract HD/2 in hp per de-level token? So wizards would subtract 2 hp/level, clerics 3, fighters 4. (Note: this is what 4E does too; the classes gain a static amount per level = HD/2, but the HDs are bigger. Paladins have an invisible d12 HD, fighters a d10.) You'd still have the benefit of your spells, gear, and attack bonuses.

Something like this doesn't make sense for every campaign. But for campaigns that need to be a bit more grounded and dangerous and/or need to equalize lower and higher level members in a party, maybe this makes some sense.

By the way, if you're ever on Tarnished Coast, I'm Kuria Thackeray, DPS guardian of the Royal Order of Seraphs Errant [ROSE].
Posted by Unknown at 1:46 AM