The Summoner: a 5e Class Where You Literally Play Magic the GatheringWhile Everyone Else Plays D&D 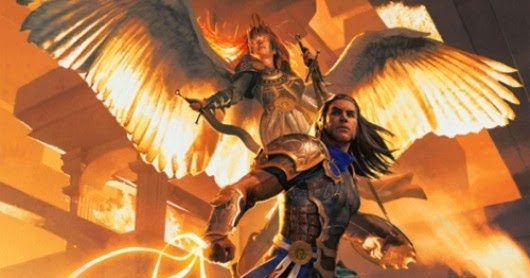 Obiously, the math is off, as I indicated originally. I've not gotten around to testing things at higher levels, but we're all grownups here and can adjust as it comes up in our campaigns.

For now, I think I'll work with replacing all attack/toughness calculations with the following:

Maybe that's a bit weak, but we'll have to see.

Destroy a creature: probably this effect should only work if the creature has <= hp than you currently do; otherwise, it does damage = your current hp.

Toughness variant: instead of being killed when they take so much damage over the course of a round, summoned creatures have an AC = 10 + proficiency bonus + toughness. If their AC is hit, they are killed. If they need to make saving throws, their bonus is their toughness.

This class lets you actually play Magic the Gathering within a 5E D&D game.

Really, the conversion is so simple I don't know why I haven't written it up ages ago.

The writeup assumes you already know how to play M:tG, have cards, etc.

It lets you play Magic within D&D. In a fight, you're initially at great risk, and you may not have anything immediately useful to do (such is the luck of the draw). However, with a fast-playing deck and some allies relieving pressure on you, you can lay down some destruction. And there's nothing saying you have to limit your summoned creatures to combat functions. 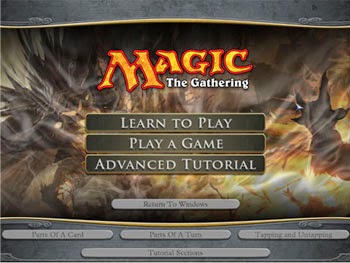 Hit Points, Proficiencies, and Equipment: as wizard, except up to 5 components pouches instead of 1

Special Components: you start with up to 5 pouches. Each contains a handful of a different land:

You must either have these components on your person or be in a suitable region (in plains, in swamp, etc.) in order to tap the related color of mana.

You do not use the 5e spell list. Your only magical abilities are those in your Magic deck, plus the ability to summon and make a summoning circle. Intelligence is your spellcasting ability should you need to specify one.

Summoning Circle: if you do not move on your turn, you can use your action to drop a half-handful of your special component(s) onto the ground in a rough circle around you. It does NOT have to be unbroken line but only a circle clearly identifiable as a circle. Now you have a summoning circle.


Summoning: when you start summoning things, you are playing Magic!

* May need scaling adjustments. This is not even back of the napkin calculation. Seems fine at apprentice levels to me. If it's too powerful, I see easy adjustments.
Posted by Unknown at 1:25 AM