Macro Game for Hoard of the Dragon Queen Sandbox

If you're running a sandbox version of Hoard of the Dragon Queen, you really want there to be a possibility of failure should the players not do well. Accordingly, you want their efforts to translate into success if they play well. Also, we want to ensure that the cult isn't just standing still. If the players waste time, the cult is going to summon Tiamat. 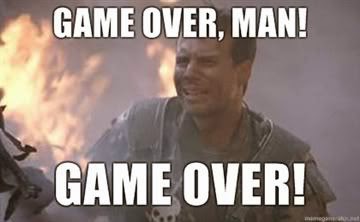 To that end, let's use a victory point system, where VP = XP.

These numbers may be terrible! I don't know! And, since I don't think there's a summary of who has all the dragon masks (I only know about Rezmir having one; maybe there's another mentioned somewhere in there), I'm just assuming they've got 2/5, Rezmir and Severin having one each.
Posted by Unknown at 3:40 AM

Email ThisBlogThis!Share to TwitterShare to FacebookShare to Pinterest
Labels: hdqRemix, hoard of the dragon queen, structure