Actual Play: Hoard of the Dragon Queen Episode 3b 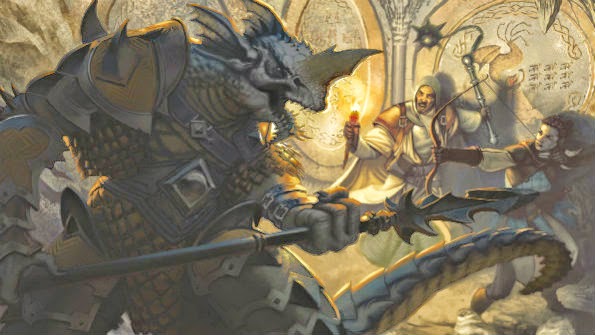 Last session, the party entered the dragon hatchery and cleared a few rooms. Tonight, they bulldozed the thing, but it was tense the whole time.

I don't believe the dungeon is intended to be owned so hard, but I had my revenge.

The party encountered the half-dragon with his brace of berserkers in the dragon shrine. They took one surprise round and destroyed him, then killed the berserkers over the next couple of rounds. 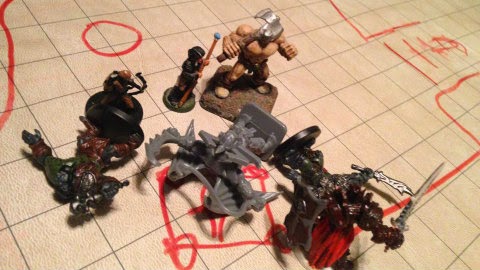 The party didn't fall for the trapped small chest. They lassoed it from afar and dragged it toward them, triggering the trap from a safe distance.

The barbarian climbed up the chute to the wearer of purple's quarters, got her to investigate the rug that covers the chute, then grabbed her leg when she uncovered it. He threw her down to the bottom of the pit and fell on top of her.

They kept her alive and unconscious and investigated the hatchery.

Unfortunately, the roper killed the level 3 half orc barbarian. He was scouting via darkvision, got glued in place by hidden kobolds, lost initiative to the roper, and got chomped on. It was sad. 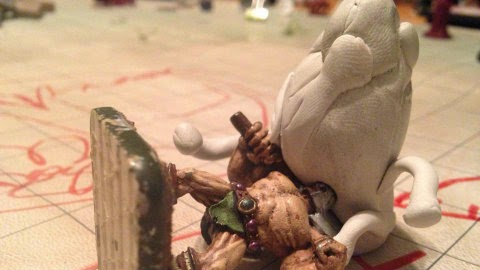 Silver lining: while the roper was digesting his meal, the party tossed a couple torches down to the pit and filled a couple dragon eggs with arrows.

The rest of the party (3 folks now) retreated from there, only to hear the wearer of purple screaming out in pain—she'd regained consciousness. The rogue euthanized her, but not before the guards in the room above heard the noise and came to investigate.

With some quick thinking, they dragged her body out of visual range; so, when the guards looked down the shoot, they saw nothing. At that point, I had them split into two groups: half waiting in the room and half circling around to investigate.

But before the other group could come and flank, the rogue decided to check out what was happening in the room above. He was instantly pulled up and overpowered. They interrogated him, and after some failed bluffing, hauled off to be interrogated more thoroughly in the next room.

That's when the paladin offered to parlay. He lied about their numbers and showed them the severed heads of the wearer of purple and the half-dragon and said, basically, give us our rogue back, or you guys get the same treatment.

The intimidation kinda worked. The guards retreated, but they slit the rogue's throat on the way out.

Or at least tried to.

I ruled that it wouldn't be necessarily fatal; they were doing it in a rush, and who knows?

The rogue made all his death saves, and they made a bandage and kept pressure on the wound.

At that point, they took their treasure and left. On their way out, they could see the cultists booking it and the remaining hunters watching the scene with amusement.

The hunters took a liking to the half-dragon's severed head and offered basic medical treatment to the rogue and lookout service to the party while they took a short rest. In exchange, they got to keep the head.

"Aw, that's nice. Got a good weight to it. Y'all want some of this grizz jerky?"

Next time, they're off to chase down the goods stolen from Greenest. I imagine they'll ambush the cult's carts, interrogate those who live, and we'll be done with that bit within an hour or two.

It was a ton of fun, and the surviving members level to 4. The poor barbarian's player is going to jump in with a level 1 healbot for next session.

Email ThisBlogThis!Share to TwitterShare to FacebookShare to Pinterest
Labels: actual play, hoard of the dragon queen