I'm not a big fan of wargamey PvE or PvP (PvX?) fighting.

I want something quicker, more cinematic, more desperate and brutal.

I'm giving you the 5e version here, but it's pretty adaptable if you shove hard enough. Some steps have different settings; so just do you.

STEP 2A: A PC WON INITIATIVE

What's a finishing move? It's whatever they intend on doing to the monster when they get in position to do it.

What's 'setting up' that move mean? It's whatever's involved in getting to the moment of uncertainty before the finishing move might happen.

Example
Jansen, you have the initiative.

I attack the goblin.

Okay, set up your finishing move.

I run up to it and sweep its legs out from underneath it with my glaive.

And? [The player didn't set up a finishing move. This happened in my game tonight. It's more choreography-authority than people are used to; so the player stopped short.]

I want to drive the blade down into the middle of its back.

[There's our finishing move and set up. I would judge that the goblin may turn the situation around; so we do need to roll, but the PC will have advantage since the goblin's on its face.]

OBJECTION! Won't the players just put themselves in an advantageous position every time?

ANSWER: Yes. That's the point. They will have to engage the fiction at every point because they will want to find a way to give themselves advantage. There is fictional friction all the time. They can ask you questions about how the monster is reacting; you can just offer this information; it's not a problem for the PC; this is still part of their setup. But don't worry, we're making it harder on the PCs too; read on.

STEP 2B: A MONSTER WON (OR HAS SEIZED) INITIATIVE
Note that you can use monster-groups as a single monster here to simplify things and make them a little easier on the players. But feel under no compulsion to do so.

OTHER SITUATIONS
Other saves or dangers work the same way: choreograph to the moment of uncertainty, then make the save or attack roll (which is basically an armor save) to see what happens.

AN EXAMPLE FROM THE CINEMA

Orc wins, sets up finishing move by tossing Aragorn against a tree the better to slice.

Orc misses; Aragorn seizes initaitive by ducking out from under the shield

They fight and tumble as part of Aragorn's setup

But misses. Orc headbutts Aragorn, shoves him away, pulls knife out

Throws it for his finisher; we freeze here to roll

Cuts arm off (I'd allow that as setup) then goes to decapitate; freeze; hit

Now for some memes. 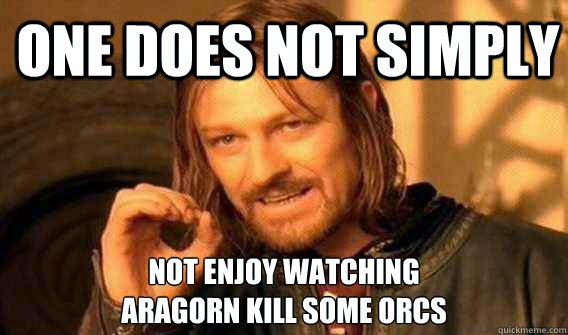 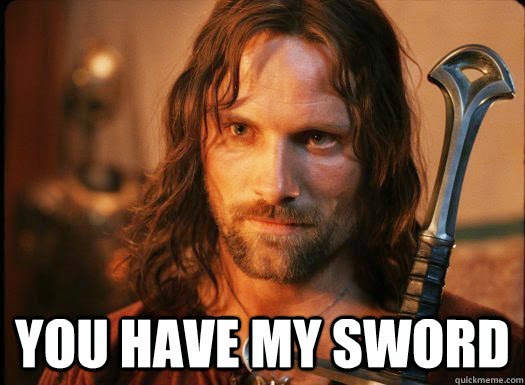 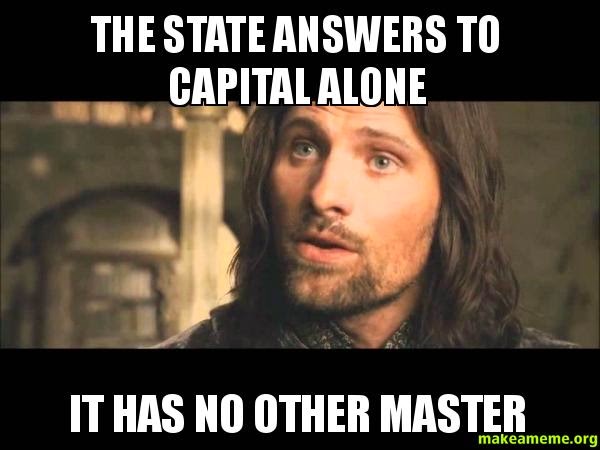 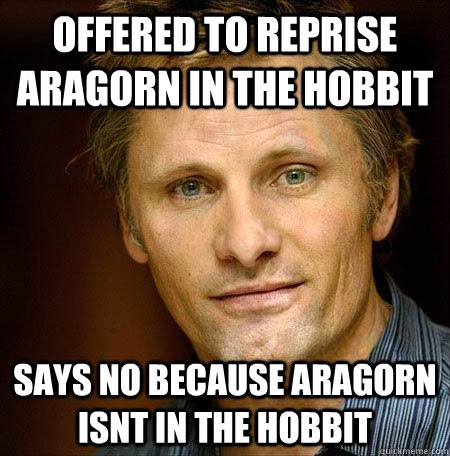 COMPLEMENTARY HACKS
(Without the stackable and expanded inspiration hacks, players are going to be getting injured and killed left and right when you run out of interesting way to make things worse for them. It also lets you really incentivize whatever it is you require in order to get inspiration hint hint.)

Expanded inspiration use: you can spend inspiration after any d20 roll to reroll it: your attacks or saves, attacks made against you, attacks by teammates, whatever.

Inspiration marks: for some actions, don't award an entire point of inspiration but only a mark or tally. When the player has acquired X of these tallies (I'm thinking 3 for my game), they erase the tallies and gain another inspiration point. Recommended to incentivize those little things you want to see so badly, you pitiful control freak.

Despair: monsters have despair (like PC inspiration, get it) for use on attacks against them or saves they make. They have a number equal to HD (ignoring any pluses to HD, if you're running old school). So a 4 HD monster can force 4 rerolls for attacks against it or on saves it makes. Without this hack, humanoid creatures with discernible anatomy should be pretty quickly dispatched by the PCs, which may or may not be as you wish. Recommended for terror.

Add HD to initiative: I like this because winning initiative is really important, especially in this variant; so better fighters should win it more often.

HP damage on setup vs players: Roll damage as if you hit against PCs as part of setup, before the attack roll. If you kill them, kill them before the attack roll. Do not add any ability modifiers to this damage, just the dice. If you hit, reroll the dice and add the modifier this time. If you crit, roll the dice again. (This makes archers nasty: they do damage just by aiming at you; better hit the deck where you can't be a target.) Highly recommended.

HP damage on setup vs monsters: as above. Makes monsters even easier to kill. Not recommended.

Heroic setups: if you want a more LOTR vibe, just say that, as part of setup, your PCs can wipe out creatures of HD equal to their own. Not recommended; you should work for every goblin.

Heroic finishers: as above, but you get to take out the mooks after a hit only. Not recommended; you should work for every goblin.

Heroic half and half: as above, but maybe kind of split it up before and after the hit? Not recommended; you should work for every goblin.

Heroic randomness: as above, but roll a die with enough faces to accommodate your number of hit dice. This turn, you can take out the result in HD before the roll, up to your max number of HD. Not recommended; you should work for every goblin.

SOME CONSIDERATIONS
B-B-B-Balance! Yeah, it messes with everything. Some spells won't be as useful anymore. Some spells you might actually have to think about: what does this thing actually do, fictionally? You're a grownup, work it out. You can't tank as well now. But maybe you can kill multiple things with one melee attack action if you narrate it right? See, I'm sure it'll be fine, in the end.

It is not very wargamey. This is true. If the wargamey style of man to man combat inherited from Chainmail floats your boat, then just keep being awesome. It's how Gary intended, after all.