This is a cult encampment generator. It will get you pretty much anything you need to recreate chapter 2 of Hoard of the Dragon Queen, plus more, infinitely.

The cult is supposed to be making mischief all over the Sword Coast; so presumably there's more than just one camp about. This lets you take care of that. Put them in your HDQ sandbox.

Some of the tables are reusable; some generate the physical layout and are done after one roll.

The d4 table is why the camp is here. You'll have to expand on 3 of the results with one page dungeons or something. (The cultists try to explore and defend dungeons because they're trying to find / protect dragon masks and any dragon slaying magic items or any draconic lore. ) The d6 roll is highly overloaded; pay special attention to it. The d8 table is to make interesting things happen for whatever particular subgroup of the camp you happen to run into. Like, these 5 guys beside the waterfall are [clatter, clatter]. Google the d10 terms if you're not familiar; they're all standard topographical / geographical jargon that you need to have in your vocabulary anyway. Place the parenthetical terrain features for tactical crunch. The d12 table should be checked anytime you check in on the camp after significant time has passed; it's what everyone's concerned with, as opposed to the more intimidate focus of the d8 table. The d20 check covers the group's approach to the camp; if they send a scouting party ahead, be sure to only check for that group.
ROLL ALL THE DICE ON PAPER. Their values tell you things, and their positions tell you the layout of the camp.

Kobolds are not comical. They start like chestbursters from Alien except they come out of your forehead like Athena. (Thanks +KielChenier for the idea.) 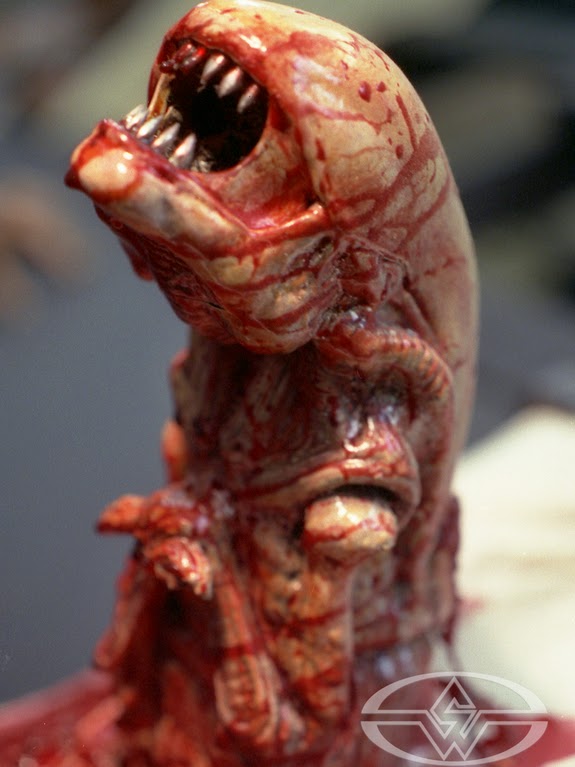 The cult has a whole ceremony around this. After the acolytes show enough devotion (but not enough intelligence to rise to leadership), they are granted the privilege of being implanted with the holy worm should they desire it or should they mess up too much. Priest places little purple worm in the eye of the acolyte.

Over weeks, the acolyte begins to develop reptilian features and an ever-swelling head. Eventually, in excruciating pain, the scaly, tailed, clawed human's head explodes, and an immature kobold bursts out like this, for some time still part of the host body, lashing out with razor-tipped tentacles.

These will eventually mature, through ceremony and harsh breeding and conditioning, into halfdragons / dragonborn (which I'm treating as identical in my campaign).
Wearers of Purple: all groups with cultists are led by a wearer of purple, who is a priest, trained in the rites but not necessarily respected, middle management. 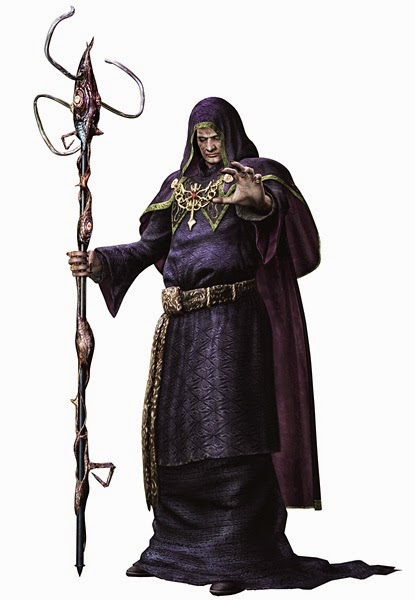 Email ThisBlogThis!Share to TwitterShare to FacebookShare to Pinterest
Labels: cultists, hdqRemix, hoard of the dragon queen, kobolds, random tables, roll all the dice