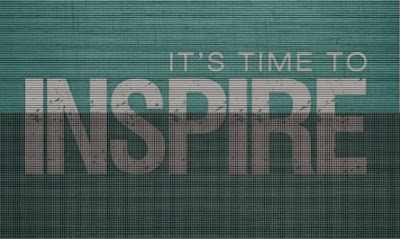 The 5e PHB says that how inspiration is handled is up to the DM.

So here's how I'm going to handle it.

AWARDING INSPIRATION
Awarding it yourself is a pain. You have enough stuff to think about. Let the players award it to themselves when they fulfill the conditions.

Of course, the conditions need to be clear and obvious for this to work (see inspiration actions below). In other words, fulfilling inspiration conditions is something observable in the fiction, just like triggering a trap. As long as the conditions are clear, refereeing this is in principle no different from refereeing whether someone stepped on a pressure plate.

Put tokens in a bowl or what have you. When a player reaches to take a token, you'll know they're giving themselves inspiration. If you can't imagine why, ask. You can get more clarification and, in the worst case, veto.

Don't bother arguing and slowing the game down. Deal with misunderstandings afterward, and let them know beforehand that that's how it's gonna be.

MAXIMUM INSPIRATION
RAW, if you have inspiration, and then you do something that would earn you inspiration again, nothing happens.

I'm changing that to: if you have inspiration already and you do something that would grant inspiration, instead gain XP.

How much you award is up to you. I'd say 5 or 10 percent of the XP difference between your current and next level is fine (i.e., subtract the current level's XP threshold from the next level's and multiply by your percent). I think I'll stick with 10%.

Here's a table. The tiny reward is 1% of XP needed to level; the small reward is 5%; the large reward is 10%. You could hand these out for other things as well, like quest completion.

Tiny / Small / Large Individual XP Rewards by Level
INSPIRATION ACTIONS
There are six conditions under which you can earn inspiration. I'll give examples afterward.

Get inspiration / XP when you: 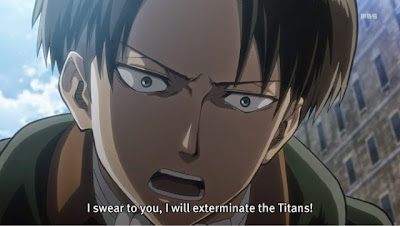 SCENE FRAMING
Sometimes a player might want to do something to get inspiration, but he needs the cooperation of NPCs, the environment, or the the other PCs to do so. Like, he might have some
backstory nonsense he's super hyped about. Or maybe she's missing a body part, and there's some story behind that, like Ahab's peg leg.

Answering or reacting to the answering of a personal question is inspiration action #1, and that's definitely what this would fall under.

But unless someone asks Ahab about the peg leg, he can't answer, and maybe nobody's thought to ask because they don't know if there's anything interesting behind it.

So, if you permit scene framing, it would be fine for Ahab's player to say, hey guys, does anyone want to ask me about how I got this peg leg? If they do, remember, they would get inspiration too. If none of the players want to, Ahab's player could ask if an NPC who's around might be interested. And then the interaction could play out.

But, if you don't want that kind of business, just don't encourage or allow it.

Think about how good TV does this. Someone gives up personal info or becomes more intimate, someone else reacts, maybe there's a counter reaction, and then some transition occurs ("we've got company!"), or the scene abruptly cuts.

WEAKNESS
Don't allow it. If someone doesn't know another person and then shares a meal, that's becoming more intimate, sure. Inspiration. But sharing another meal doesn't make them more intimate. That's just weak repetition and water-treading.

If someone tries to claim inspiration for that, let them know it's weak and that something stronger will be required, something that takes us somewhere. They can either reformulate or give you one argument. If that doesn't change your mind, move on without permitting inspiration.

Like, you can drink to oblivion once to show suffering from alcoholism. Doing it again is just boring. Now we need you to hurt someone or endanger someone, etc.

PACING
Let's not all take turns asking probing questions about childhood, okay? One inspiration action per scene, thank you, unless you think it's really good.

WHY
Because I'm a hippie who likes a bit of drama in the elfgames.

EXAMPLE INSPIRATION ACTIONS
Sharing a blanket with someone for warmth.

Sharing a meal with someone.

Defending your own views against the condemnation of others.

Vowing to track down the men who did this and bring them to justice (or wear their skins, whatever floats your boat).

Answer the villager's question about why you'd risk your life for this.

Vow to never let this happen to him again.

Scouring all the libraries of the city for info on the burial place of your great great grandfather, last warden of the south.

Asking how you got that scar.

Asking what you'll do after all this is over.

Answering what is best in life.

Holding the dog's head in your lap as it dies.

Bringing wine and bread to the grieving widow and sitting quietly with her.