EDIT: the mechanics in this post have been revised and expanded, with an additional extended example, here: http://detectmagic.blogspot.com/2014/11/cinematic-fights-skeleton-warriors.html. 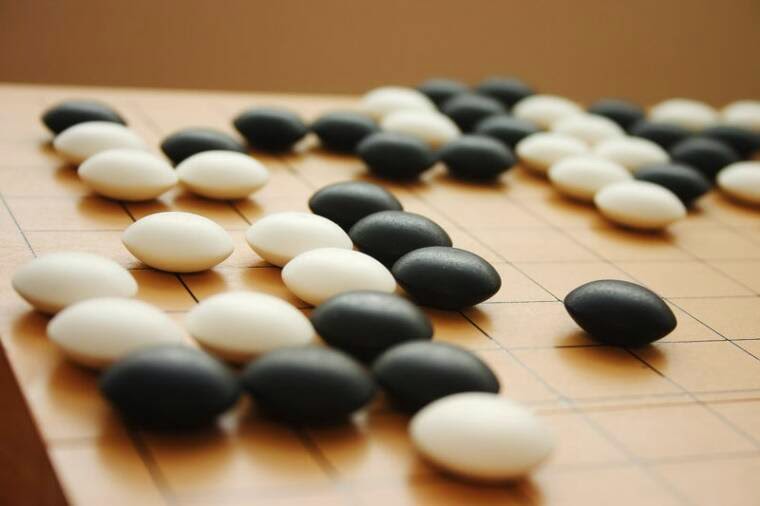 D&D combat is abstract, but it doesn't have to be. 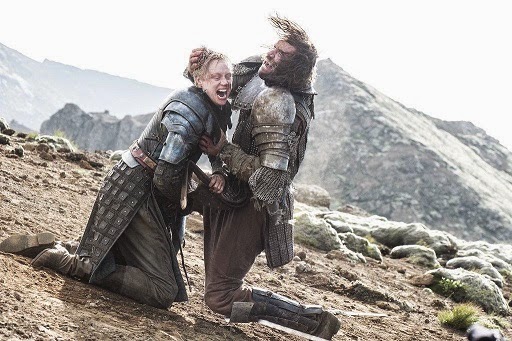 It's going to require some close reading, because the heavy lifting here is for (of course) you, the GM. It's not difficult, but it requires you to say certain things and certain times and specifically refrain from saying other things at other times.

And not only will your fight be pleasantly/disgustingly choreographed when you get to the bloody end, but it will reward players who can use the fictional environment to their advantage. So come on and sit down right here on this old tree stump and have a listen. 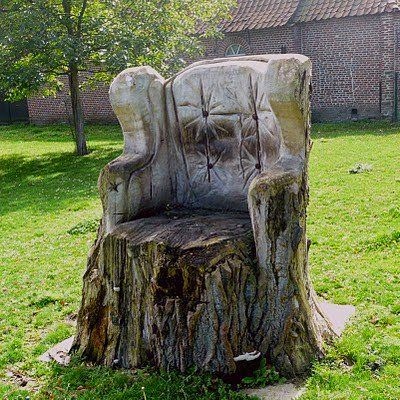 I was reading the details below, and I thought "people are going to freak out and think this is no fun because you wrote this like a textbook."

So, first, let me try to sell you on it.

Whenever you attack a creature, before you roll, say what specifically you are trying to do: choreograph your intent.

When you hit a creature, roll and apply damage as normal.

When you hit without advantage, you may seize advantage against them, providing you can think of some way in the fiction to do so that doesn't render the creates incapable of fighting.

When you hit with advantage or reduce a creature to 0 hp, what you intended to do to them happens.

When a creature attacks you, the GM makes it act against you at the current level of brutality (determined by the number of your death slashes). This is before any attack roll from the GM.

When a creature misses you, the GM will ask how you seize advantage against the creature.

When a creature hits you, you lose hp as normal, mark a death slash, and the GM escalates the brutality of the fight.

When a creature hits you with advantage, you lose hp as normal and mark a death save failure (two death slashes), and the GM escalates the brutality of the fight.

When you hit zero hp, you fall, and we are agnostic about your fate (as long as you have less than 3 death save failures). The normal death save mechanic kicks in.

He's in a filthy cave and steps too loudly in a puddle, and there's the goblin, gnawing on the meat of the kid he was supposed to rescue.

Cato drops his torch and his pack and readies his shield. 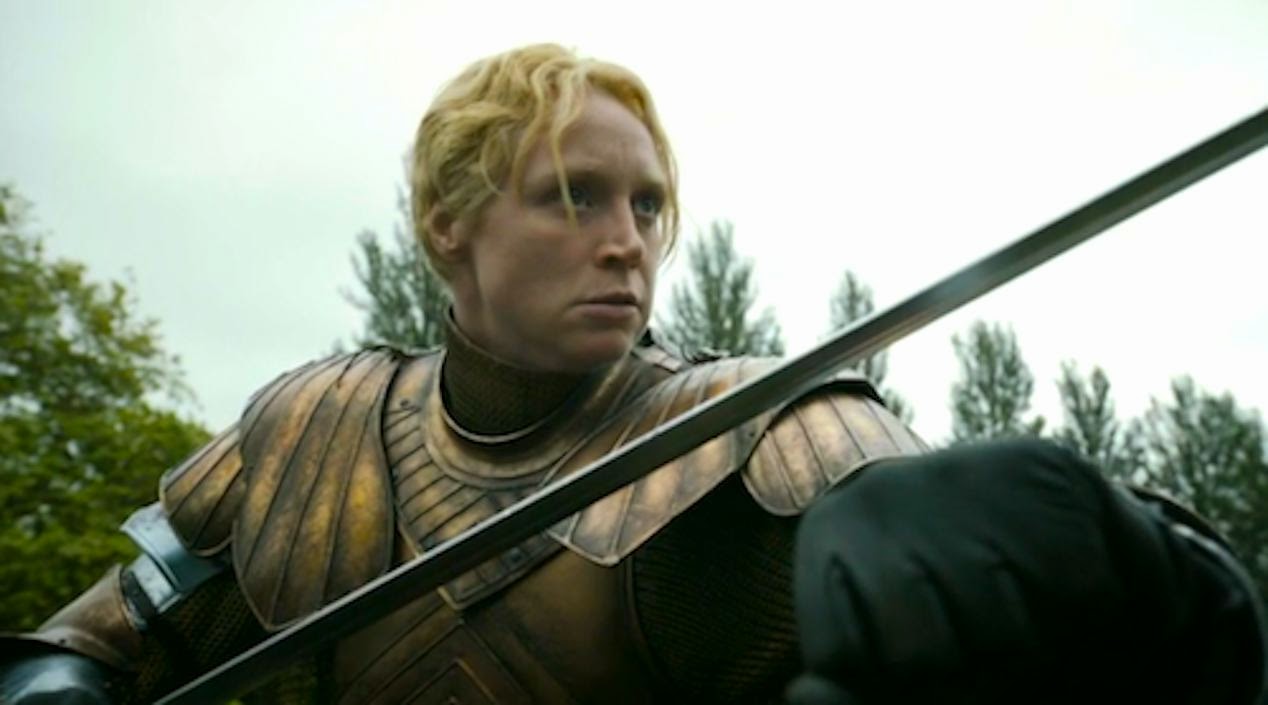 The goblin grabs the cleaver he used to chop the boy up and rushes Cato [monster has initiative, moves to Cato, misses attack], leaping up to bring the cleaver down on Cato's head, but Cato [seizing advantage] plants himself into the ground and bashes the thing out of the air with his shield. 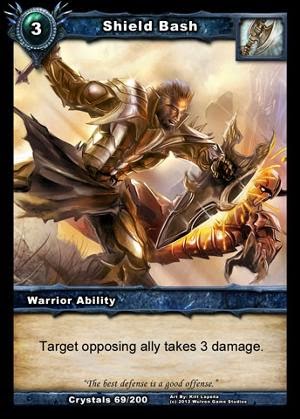 He follows it as it rolls on the ground, and [attacking] thrusts down at its neck, but [misses] it rolls away [marking a death slash], grabs Cato's leg and pulls it out from under him and his head bashes against the ground, face submerged in a shallow puddle [seizing advantage at the / level of brutality—battered]. 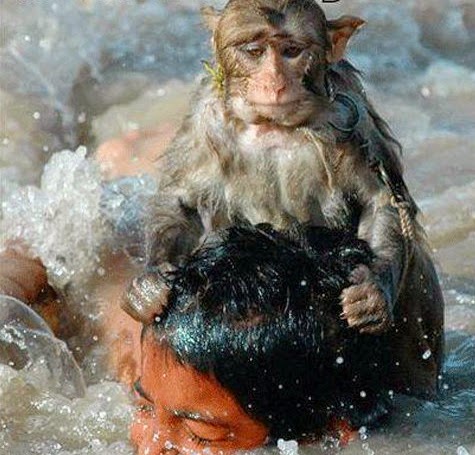 Now the goblin climbs up Cato's back, grabs his hair, and forces his face back into the water to drown him [acting at the current level of brutality]. Goblin makes an opposed Strength check with advantage and succeeds. Cato takes damage but still has hp. Marks two more death slashes. The brutality level is now /// or 3 or or X/ or 1.5 death save failures—screaming. The GM has the goblin in full control, pushing Cato's face deeper into the mud.

Now it's Cato's turn again. Before he rolls, he choreographs. This step, even if the attack misses, is essential because:

Cato will reach back with both arms, grab the goblin's head, and slam him on his back onto the ground in front of him. 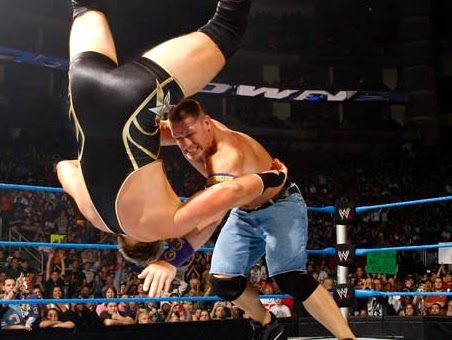 GM doesn't rule for advantage or disadvantage on this, and he succeeds. Damage applied to goblin as normal, but the goblin still has some hp left.

It's the goblin's turn. He crawls over to his machete while Cato is gasping for breath, swings at Cato until he cuts into his thigh [enforcing the current level of brutality], then takes a big swing for the neck: miss.

GM asks Cato's player how he seizes advantage: grabs his own sword of the ground, parries the machete, grabs the goblin's neck and bashes its head on the ground.

Cato's turn, attacking with advantage since he's on top of the goblin with his hands around its neck and head. The choreography: break its head open. Rolls with advantage, hits: so that's what happens. Even if the goblin had hp left (doubtful), this would kill it.

So, at the end of the fight, Cato's face is covered in grime and blood; he's bleeding from a deep cut in this thigh, and he probably swallowed some parasite while the goblin was on his back drowning him in the cave puddle. 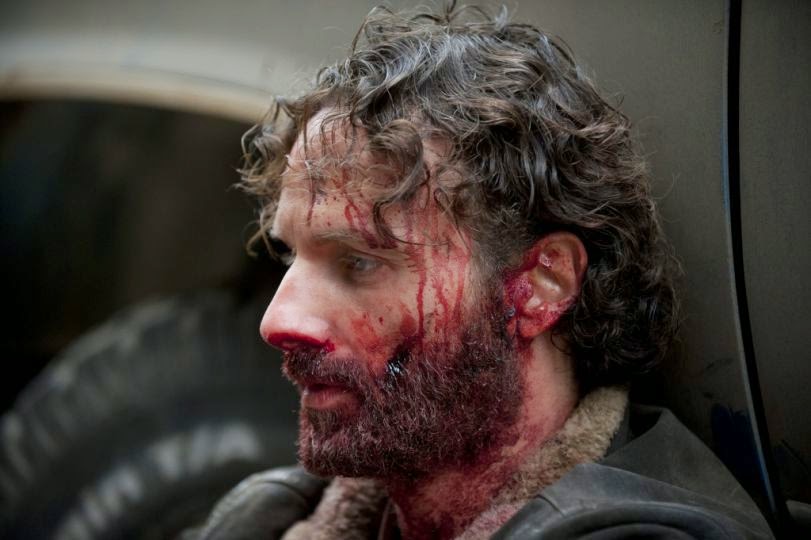 Now Then For the Details

This comes with some rules changes baked in; so here we go.

Death Saves
When You Reach 0 HP

When You Take a Short Rest (Or: When the Fight is Definitely Over)
Healing

I like monsters-go-first initiative, but do as you please.

When a monster or group of monsters attacks a PC:
When a PC attacks a creature:

That was tedious to write up and feels more complex than it is.

This really benefits from a richly described environment, or at least an environment that becomes richly described. Like, if a PC says, I grab a rock and bash his head in, and you haven't specifically said there are rocks just lying around for the bashing, you should probably say sure, okay (1) because that's great and (2) because then you can bash him right back.

Extra points for unstable columns to push over on people, fountains to drown people in, ledges to push people off of, all that action movie stuff.

Go watch some action movies or some fight scenes on YouTube. Soak in it for a while, and it shouldn't be hard to come up with interesting things to say when enforcing brutality levels or seizing advantage.

DO LET ME KNOW

If I haven't been clear on the procedures and output here. I'm afraid that I haven't been and that none of it makes any sense, but I also feel that it's great and makes total sense.

So who knows what's what.

I can give more examples of course, but they take way longer to write up than they do to narrate in the moment.

***However, if you don't want to change it up, I think really abstract is the way to go. Just blow through it until someone drops.
Posted by Unknown at 12:21 AM